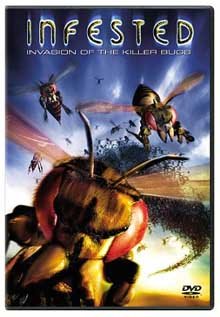 There's a word that captures the meaning of this film. Yes, the very essence of it. That word is "Pointless". What was the stinking point of this lame brained flick? You have some genius casting by putting a Power Ranger girl in your killer fly flick. You get her covered with blood. You get her alone in a SHOWER! You tease and tease but give the audience the lame shower view from the neck up! Why?! Why bother? I wanted Power Ranger boobies!! 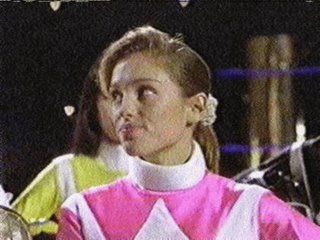 Was I asking too much? Was it wrong to expect super hero breasts? Good Lord, what was the point?

So the rest of the flick has a story about (magic?) flies, zombies, a thirtysomething reunion, eighties tunes and some of the most stupid situations ever in a horror flick. The overriding problem is that flies are not scary. There is nothing remotely scary about a fly. Even mass quantities of them don't bring fear. If you shove them down an annoying yuppies throat and call him/her a bug zombie, it is still lame.

The only thing that could have saved this flick was if Michael J. Fox had driven up in a Delorean and told the Power Ranger Girl to get in so they could stop the main bug man from releasing the magic fruit flies in the first place. They would have stopped the movie from existing. Then Huey Lewis and the News could have blasted out "The Power of Love" over the credits. That would have capped off the eighties loving bug fest right. Da da blah. 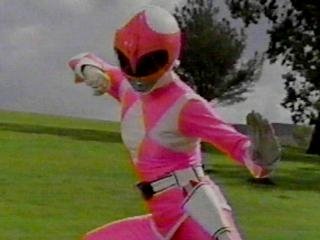 LOL great and funny review. I've actually seen this one on the Sci-Fi Channel once and you're right - it sucks. And Amy Jo Johnson is my favorite Power Ranger that's female, so it's sad she ended up in this crap. I think she is naked in another film. I've seen clips of it but couldn't tell you what the name of it is on the top of my head. But yeah, stay away from INFESTED.

The straight-to-DVD film “Infested” is bad in ways that should make it required viewing in film schools where other beginners could learn from it. The mistakes propagated by first-time writer/director Josh Olsen are fixable given experience and study and fledgling filmmakers would do well to avoid these errors.
Directors who steal directly from good films often claim that their film is a homage. Occasionally, this is true. More often, it is just plagiarism.
Writers who fail to convince an audience to suspend disbelief often claim that their script is merely taking a satiric swipe at the conventions of the genre. More often, it is just that the writer is handling the genre conventions badly.
“Infested” begins at the funeral of a 30-something and moves quickly to the only other location in the film, a house out in the middle of nowhere somewhere on Long Island. For an interminable 20 minutes or so the cast banters back and forth in an awkward montage set to 80s music which could be seen as a homage to “The Big Chill” except that “The Big Chill” had interesting conversation against a backdrop of great music.
Finally, a good half-hour into the film, something actually happens.
Mindy (played by Nahanni Johnstone who was a successful model in Europe before moving to New York to study acting.) comes out of the water wearing shorts but naked from the waist up. She proves that not all actresses have surgically-enhanced breasts, Any reason for this nudity? Nope. Just that the horny screenwriter always wanted to see a women come out of the water with naked breasts. Nothing to do with the plot. She puts her skimpy top back on. (The skimpy top she could have worn into the water since she got her shorts wet anyhow.)
In rather rapid succession, we get a neck slashed open, a severed head, a crow bar impaling, nasty razor blade surgery on a leg, a body cut in half, a self-inflicted neck crack, and a burned face! Sadly, the special effects (which often resemble Raisinettes flying at the audience) ARE a homage; back to the day when such effects were done badly.
Another “lonely screenwriter” addition to the script is the fact that one woman decides (in the middle of the most horrible zombie attack in recent memory) to go upstairs and take a shower. Take a shower! Why? So the director can attempt a cross-reference to both Hitchcock’s “The Birds” and “Psycho” with none of the style of either of those films. Oh yeah, and so he can get another woman to be naked.
Olsen’s shortcomings as a writer were also apparent in his over-dependence on a popular four letter word and the fact that he assigned such odd assemblages as “Calm the f*** down!” to three different characters at three different times.
The illogic of the screenplay also permitted the rapidly-dwindling cast to come to the conclusion that the zombies are scared of light even though they are standing in bright sunlight and then that they are killed by a particular song from the 80s.
After continuing efforts to scare off the zombies (even using - I’m not making this up - torches, at one point) fail to work, even Jesse, (played by Amy Jo Johnson, the former Pink Ranger of the Mighty Morphin Power Rangers) finds it difficult to keep a straight face while discovering the explanation for the horde of bugs who haven’t had a decent job since Irwin Allen’s awful 1978 bomb, “The Swarm.”