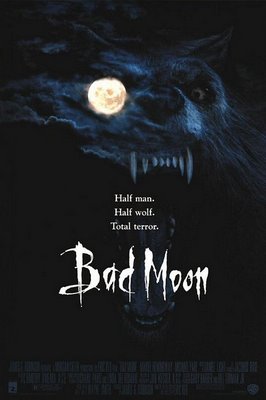 I remember when this movie came out, the only advertising I saw for it was this cool poster in the movie theater lobby. I was walking out of a movie on Thursday night and there was a poster for a werewolf movie coming out tomorrow. I was in shock. Why had I not heard about this movie before? Who was in charge of this marketing disaster? "Bad Moon" was left to die a horrible death. It had to gamble on how many horror fans caught it's poster before they yanked it. Tragic.

So I caught the movie the following week and was ready for some werewolf action. There had been a huge drought of these kinds of films and I needed a heavy drink. Before the movie started a woman wandered into the theater and asked me, "What's this movie about?". I stood up and proudly told her, "It's a werewolf movie about a werewolf!!" She shrugged her shoulders and sat down. So "Bad Moon" had to hope for patrons getting lost on the way to other movies. More tragedy.

The movie began and dang it, I liked it! Now "Bad Moon" doesn't have what one would call a complicated story. The wayward brother becomes a werewolf and moves in with his sister. That's it. But the werewolf makeup was great and the kills were fantastic. The hot babe who gets it at the beginning was appropriately bloody and, of course, the big climax scene with Thor was great. As werewolf movies go, it was a good one. I wish the powers that be had shown it a little more love in releasing it. It needed it.

SCORE: 3 out of 4 vicious werewolves 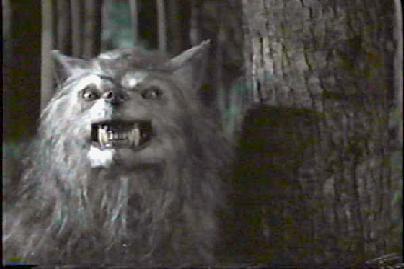 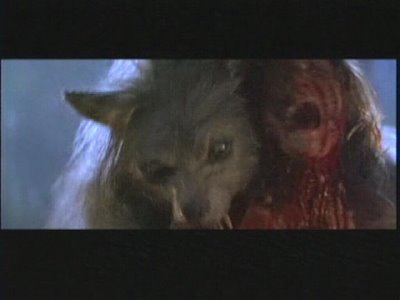 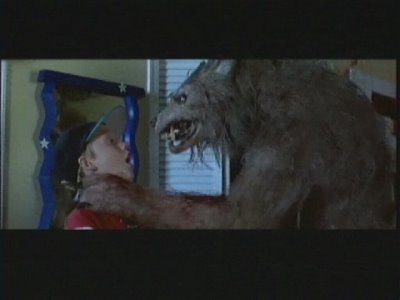