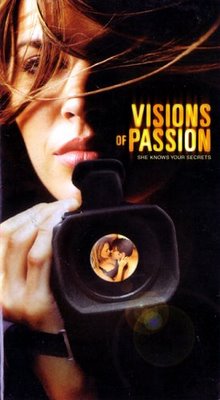 I saw this on cable the other night. The best thing about "Visions of Passion" is Mia Zottoli, AKA Ava Lake. Her "Biker Chick Night" scene was the highlight of the movie. She was a short haired brunette throughout the movie but for this scene she had long, black hair. She asked the guy, "Why are my clothes still on?". My thoughts exactly. She then proceeds to rip off her biker leather and get down to business. This scene was excellent. Another Zottoli triumph.

The rest of "Visions of Passion" was disappointing. So Mia films people from her Rear Window. She catches one of her neighbors in bed with a senator. This leads to much yawning. Regina Russell is the neighbor that Ava was filming. Russell does nothing for me. She looks like she is bored out of her mind during the sex scenes. In a key scene, Russell makes her move for Mia. It works and they tumble into bed. Ava tries to get her excited about the project but Russell looks like she couldn't care less. All of the other sex scenes with the exception of "Biker Chick Night" were lacking. You'll probably have better visions of passion somewhere else. 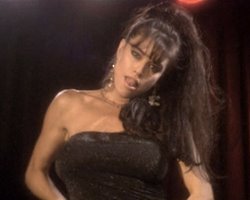