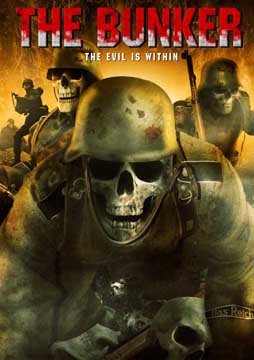 OK. Stop. Everybody stop. Just stop it. No more. No more misleading, deceitful video box covers. I rented "The Bunker" because of the great artwork on the cover of the video box. It has a bunch of skeletons in Nazi uniforms with the tagline: The dead don't take sides. They sure don't. They weren't on my side or anybody else's. Where were they? It would have been great to have seen some undead Nazi soldiers attacking. Excuse me for a moment while I fantasize about a better movie...OK, thanks. I'm back at "The Bunker". I don't like it here.

So these German soldiers end up at The Bunker. The soldiers yell and scream at each other as they try to make their way out of The Bunker. The end. That's the movie. "The Bunker" is trying to be an exercise in psychological terror. But it just stinks. It stinks because it has nothing to offer you. It tries to keep this fact hidden from you for about an hour of its running time. I'm sitting there waiting for some Nazi zombies to attack but all I got was more bellowing. Oh why? Why do these movies promise monsters and then turn around and give you the finger? I have no answers. I have no monsters either. Don't bother looking in "The Bunker". It doesn't have anything either.

SCORE: 1 out of 4 empty, bare, bereft of one single, stinking Nazi zombie bunkers 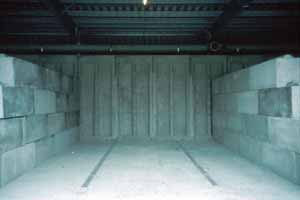