"Evils of the Night" review 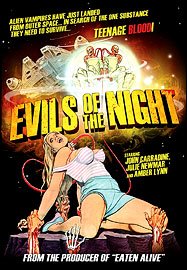 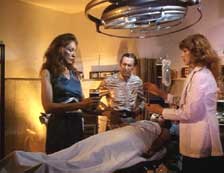 So they hire two elderly mechanics to go out and get it for them. Preferably from half naked teens if possible. My guess is that the producers had two locations to shoot at, (a hospital and an auto garage), and then built the movie around that. After the gratuitous nudity in the first 15 minutes, the movie dies a quick death. No scares, barely any blood but plenty of bad acting to torment you. 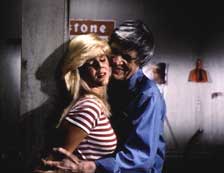