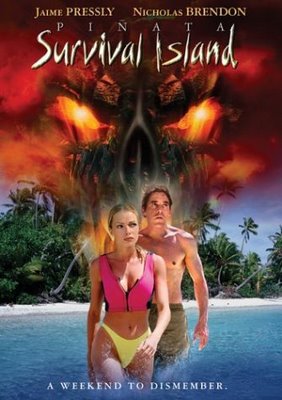 A bunch of alcoholic college students head to an island. It's time to play "Catch the underwear for charity" game. The girls and boys pair off and scour the island. One pair runs into a piñata. It is Cinco de Mayo after all. In the spirit of the event, our heroes decide to crack it open. Little do they know that the piñata is actually filled with bad spirits and comes to life if you bash it. The piñata wakes from his slumber. Now the Piñata wants to club you! MOO-HA-HA-HA!

I liked this ridiculous B-movie. There were plenty of hot babes in this one including one of my favorites, Jaime Pressly. And here she is! 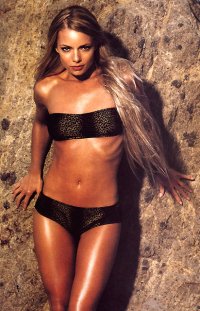 Unfortunately, none of them get naked. I know. I know. Dry your eyes. There were also plenty of good gore effects. The piñata monster was pretty ruthless, (as all good monsters should be), and clubbed peoples heads in with gleeful abandon. The piñata effects themselves were pretty cheesy. He seemed to be able to change shape at will. He transforms into a flying beast, a piñata and a hulking ogre. All of these effects were computer graphics that didn't look too convincing. But I still had a good time. For a piñata monster movie, it was pretty good. 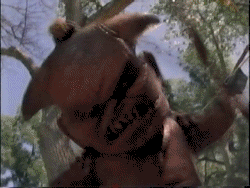 Jaime Pressly fighting for survial on an island in her bikini. That's good enough for me. 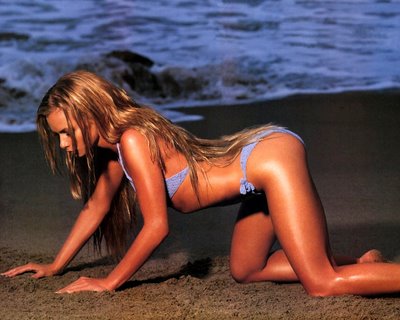 this movie fucking sucked. oh my god the graphics were so bad that they made me uncomfortable. fuck.

This movie completely sucked! If you want to stare at Jamie Pressly that's what google image search is for, please don't subject yourself to suicidal thoughts by trying to suffer through this movie hoping it will get better. It's just not worth it!