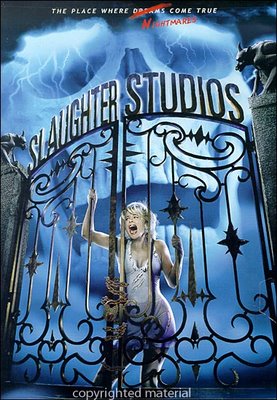 Low budget filmmakers make a low budget movie about low budget filmmaking. Steve Sperg, (Peter Stanovich), wants to make his magnum opus, "Naked Sex Kittens meet the Giant Praying Mantis" or something like that. The only place to film it is at the hallowed grounds of Slaughter Studios. So much low budget horror was churned out there that Berg's masterpiece has to be a part of that tradition. The geeky guys and busty girls break in to shoot their cheapie epic. Oh drat. There's a killer on the loose. Who will survive this shoot? Cut! That's a wrap.

It's very important that you approach this movie as a comedy and not as a horror flick. If you come in thinking you're going to be scared, you'll be crying. The gore is plentiful but it all looks fake. The victims are covered in red paint. The blood was a little too bright. The scares were non-existent as well. Somebody was stalking the cast but no one seemed to care until the last twenty minutes. Weak horror film.

Unfortunately, the movie decides to try to be some sort of slasher/action flick in its last twenty minutes. It should have stuck to being a bloody comedy. "This script is bulletproof! Get the girls...and some actresses too if you want." Funny stuff. 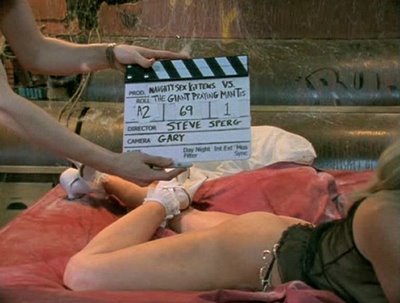 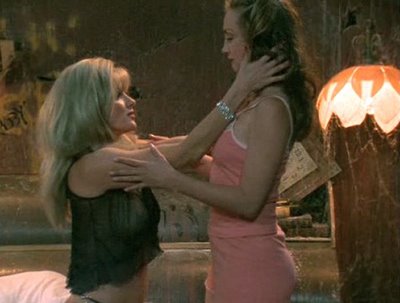