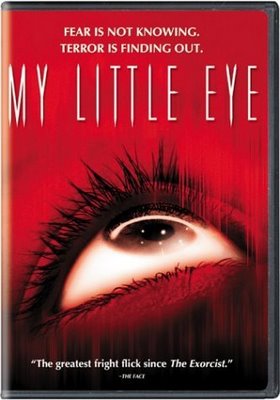 I saw this on cable the other day. I don't get spooked easily but this movie hit a nerve. After watching this, I had a dream that someone was standing in my bedroom doorway watching me. I couldn't get up or say anything. I was frozen on my bed. It was a male figure watching me but I couldn't make out a face. What does it all mean? Am I afraid of being watched when I'm vulnerable? Should I not watch late night horror movies?

Five people are stuck in an isolated house while cameras watch them constantly. "My Little Eye" is filmed in the style of "The Blair Witch Project" except that static cameras film them as opposed to someone with a hand-held. It's all a contest to see if they can survive there for six months. The contest makers decide to throw a few obstacles their way so that they can watch them handle the pressure. And watch them argue. And watch them fight. And watch.

Speaking of watching, I enjoyed observing Jennifer Sky with my little eye. Now that's some good voyeurism. Spying on Sky made for a good time. She was a pleasant sight to have around and a good change of pace from all of the yelling and shouting that was going on between the stressed-out contestants.

"My Little Eye" has a premise that I would normally find very annoying. I wasn't a huge fan of "The Blair Witch Project" so "My Little Eye" seemed like a movie with a tired gimmick. I was ready to change the channel after five minutes but decided to see what tricks it had up its sleeve. I'm glad I stuck around because this movie is genuinely creepy. It pushed a button in me. I don't need little eyes watching me squirm. I'm the voyeur here. I'll do all the watching.

SCORE: 3 out of 4 for hitting a nerve and for spying on Sky 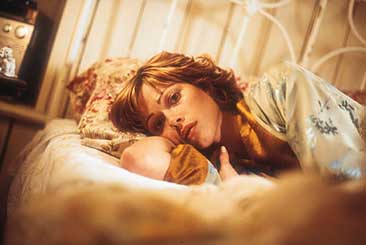 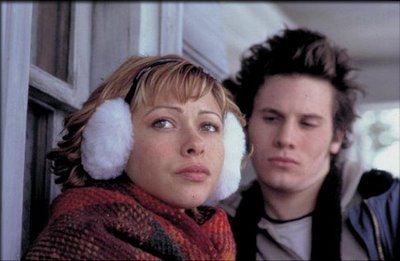 this is damn boring movie. the end was predictable as everyone dies and nothing special or scary in this movie.. will not recommend others to waste their time.