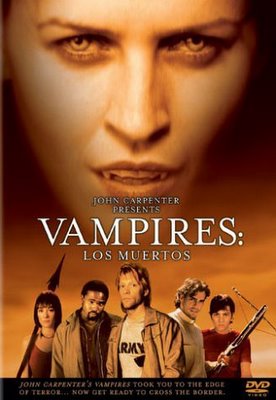 Bon Jovi, 80's rocker extraordinaire, does battle against bloodsucking vampires. The head vampire is WANTED: DEAD OR ALIVE, preferably dead. So Bon Jovi is LIVING ON A PRAYER, ready to give the vampires some BAD MEDICINE. The vampires GIVE LOVE A BAD NAME as Bon Jovi prepares to bury them in a BED OF ROSES. Bon Jovi is no RUNAWAY. He's prepared to go out in a BLAZE OF GLORY.

I am blasting Bon Jovi as I write this. Yeah, I'm a child of the 80's. If only they could get Axl Rose to star in some B-movie, then we would be rocking. As far as this flick is concerned, imagine the first "Vampires", but without as much blood, gore, nudity or fun. It's pretty much the same story, only with Bon Jovi instead of James Woods. He'll BE THERE FOR YOU. 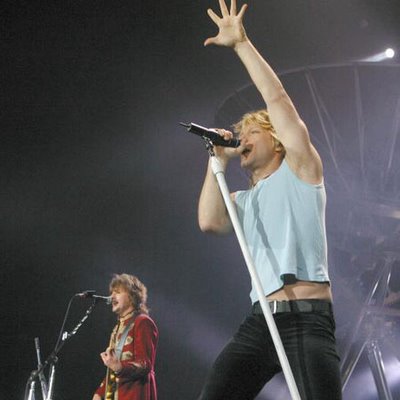