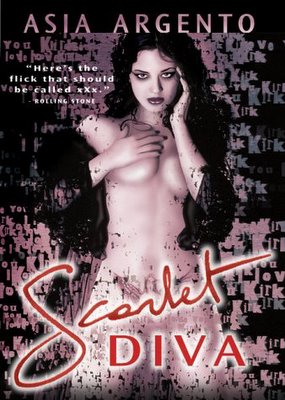 There is a very big question you have to ask yourself before deciding whether or not to watch this movie. It is: Do I care about Asia Argento and her pain? If you could care less, I would steer clear of this one. Asia lets it all hang out as she tells us of her tormented life.

I'm not going to mix words. I bought this DVD to see Asia Argento get naked and have sex. I'm happy to say Asia does get naked and does have sex. She shows us her angel tattoo and all is right with the world.

On the DVD, before the movie begins, Asia looks straight into the camera and tells us that we probably heard this movie was no good but not to worry because it is. She also hopes that we might get to know her better…or less. So basically she's saying, "Here's my movie, I did it, you're watching it and there you go." It was kind of strange to have the director reassure the audience before the flick. I was a little thrown off by it.

So the movie is about a girl named Anna, (Asia Argento), who is a big movie star and very unhappy about it. Sex, drugs and rock and roll make Anna miserable. She is a very lonely woman. One guy is sweet to her and visions of love start dancing in her head. Will Anna ever be happy?

For this movie to work, you have to believe that Asia is being sincere. You have to believe that most of the stories in the movie happened to her in one form or another at some point in her life. So is the flick Asia spilling her guts out for the world to see? Is it a cry for help? Or is it just a self indulgent flick with Asia crying and weeping as movie stars tend to do?

For me, it felt sincere. It's not an exploitation flick although there is enough sex and nudity to make it seem otherwise. Asia had a lot on her mind and wanted to have a cathartic experience with this flick. If you like Asia Argento, it's definitely worth a look.

SCORE: 3 out of 4 Argento angels 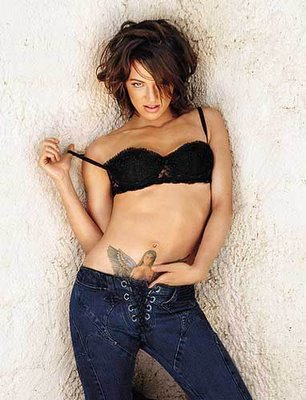 I just watched this movie last night, so thought I would see what others thought of it as well. Ran across your review of it through IMDb.

Not sure that I liked it as well as you did, but I did think it was a somewhat interesting film. I was reading comments on IMDb and it seems like not to many liked this one. I can see how her life would seem messed up to her, and us really. It doesn't sound like she had much of a family life growing up. I can see how people would want to try and take advantage of her, with her being a beautiful woman.

I don't see myself as a big fan of Asia, but I will watch a film she is in if I happen across it. Liked your review!

Thanks Heather. Yeah, you would have to be a fan of Asia Argento to even have the remote possibility of enjoying this movie.

As it is, the cliched tale of a beautiful woman getting exploited by the fiends in her life is not what you'd call gripping cinema. Plus the fact that the movie comes off as pretty amateurish doesn't help either.

But if you've always had a thing for Asia Argento, as I have, you can't help but be fascinated by Asia's desire to let it all hang out.