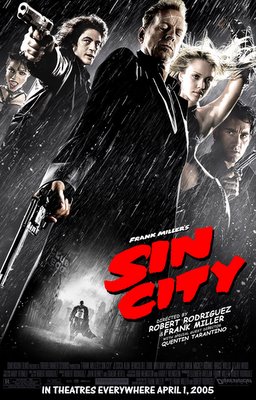 "Sin City" is filmed in black and white with occasional splashes of color. Three tales of sin, crime and corruption play out as large helpings of violence drench the screen. Mickey Rourke is perfect as big, bad loser Marv. He tears through Sin City looking for the killer of his beloved Goldie. His tale is the harshest with the help of sick puppy Kevin and various other miscreants. The Rosario Dawson tale is the most "comic book" with hookers in crazy outfits turning into vengeful assassins when trouble runs into their part of town. Bruce Willis shows up as a cop with a bad heart who wants to save hot stripper Alba from that Yellow Bastard. All three stories are excellent with Rourke's being the best. Sex, violence and lots of white, red and yellow blood fill the screen.

"Sin City" is excellent. You have to see it. Its love for the comic book and for pulp violence in general is evident in every second of the movie. Seek it out. You won't be disappointed. 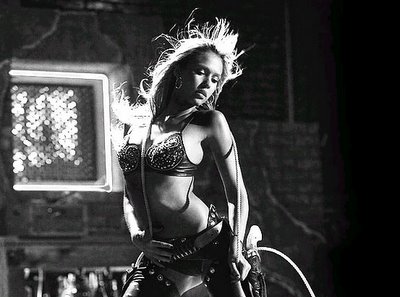