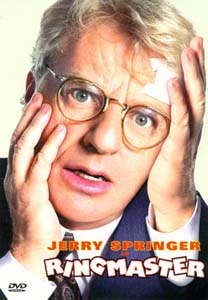 First off, let me say that I am not a big fan of Jerry Springer. In fact, I have never seen a single show. Honest! I only know of him through pop culture osmosis. I knew his show was trashy and the trailers for the flick looked trashy. Trashy I like. So I had to see it.

The movie focuses on the guests of his show and why they would humiliate themselves on TV. Jerry's defense is that the poor people of America deserve a spot on TV too. He's the facilitator. He lets the poor speak out and be stupid. The working class has a hero and it's Jerry Springer. Springer is the Ringmaster.

So to give some background to all these human freak shows that run across the TV screen, we get to see the guest's life stories. Here is where the movie gets a little interesting. Jaime Pressly is the hot babe in the trailer park who sleeps with her step dad and a lot of other people.

Jaime Pressly is the living embodiment of sex. Other females look away in shame. 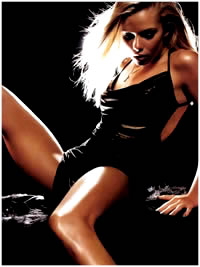 It's no wonder her step dad wants her. Her nakedness is what propels this movie into more than just a flick about guests on a trashy talk show. OK. OK. It's not much more than that but Jaime Pressly is still volcano-level hot. If you like seeing Jaime Pressly getting it on, (and what sane man doesn't?), check out this flick.

SCORE: 2 out of 4 only because Jaime Pressly makes me want to live! 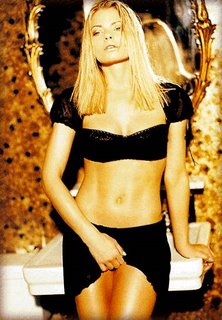 Dude... see "Poison Ivy: The New Seduction" and enjoy yourself... don't waste time with this piece of crap... this movie made me want to break my television

I have seen "Poison Ivy: The New Seduction" and I certainly did enjoy myself. Of course I wouldn't defend "Ringmaster" but it did have Jaime Pressly in it. I'll never watch it again but Pressly did manage to save the day.