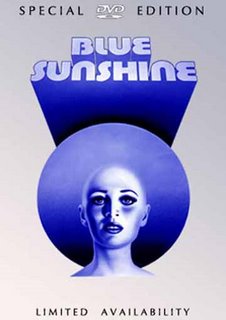 I'm sad. Despondent. Blue. I bought this DVD. Yep, I paid 20 something dollars for this movie. I had never seen it before but I read all of the reviews saying that it was a good thriller. So I bought it. I sold it within two weeks for $15.

"Blue Sunshine" is a big disappointment. The movie is set up as a mystery. But since every description of this flick mentions that bald hippies go crazy after taking bad acid, what's the mystery? I'm watching Zalman King run around trying to figure out why his friend went nuts and I just kept wondering when the attack of the bald hippies was going to start. The movie is more than halfway over before bald people attack and then I wondered: Why did I want to watch ex-hippies get homicidal? What was the appeal here? I don't know.

There is no gore or shocks in this flick. A bald hippy chick looked like she was going to slice and dice some annoying kids. That would have been demented enough for me. Nothing interesting happened though. That sums up the movie. It stole my sunshine. 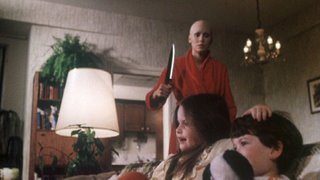