All movies start off with a grace period where the possibilities for a good movie still exist. Your mind is full of hope. "Assassins" grace period lasts for about two seconds. When the movie started, I was living in a dream world. Then Stallone showed up as a hitman wearing a sweater. I woke up screaming.

"Assassins" is the definition of lame. You know things are bad when Stallone won't even kill his target at the beginning of the movie. His victim is whining and blubbering about how Stallone only kills bad people. Stallone looks pensive in his mighty sweater. His words of whining really touch Stallone. Then Stallone gives the guy a gun to kill himself! Stallone is an assassin right? That's his job title right? Aren't assassins supposed to, uh, assassinate people? Ugh. How lame.

So Banderas shows up to take Stallone out of the picture. Banderas knows that Stallone has got to go. It's that dang sweater. Stallone should never wear a sweater. Hitmen don't wear sweaters. Stallone could not get into the idea of being an assassin so Banderas had to come along and finish him off. It's not often I root for Banderas. The sweater made me do it.

SCORE: 1 out of 4 comfy sweaters 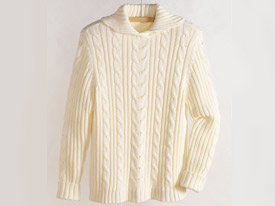