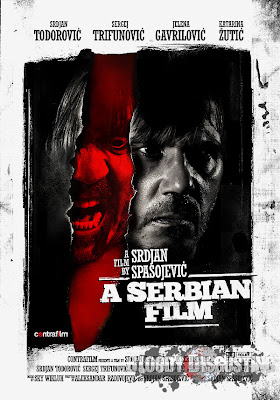 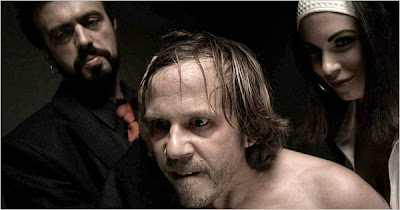 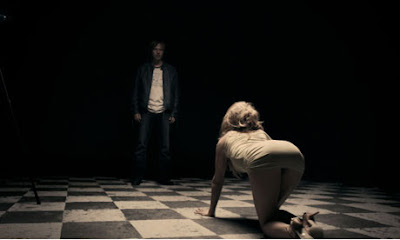 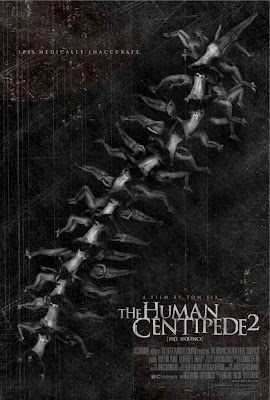 So I bought an Iphone4s this weekend. I didn't want to give up the Blackberry but I decided to take the plunge. Good Lord this device now controls me. I downloaded "Angry Birds" and "Plants vs Zombies" and spent most of the day enjoying the best four dollars I ever spent. It also has a woman's voice, (Siri), that tries to answer your questions. So you tell the phone, (Siri), "Find prostitutes", and it will show you an escort near you. Or ask "Find marijuana" and it will show you the closest cannabis clinic, (if you live in California). You can also ask it for the whereabouts of God and the meaning of life. Not to say that the Iphone knows everything but at least it's trying harder than your average phone. If your phone is not talking back to you, you're living in the Dark Ages.
Speaking of ignorant violence and decadence, I saw "The Human Centipede 2" the other day. I saw it back to back with "A Serbian Film". A sleaze movie double header to jump start my brain and punish my soul for its sins. Sloth is one of the seven deadly ones and I am guilty. But I hope to make amends by subjecting myself to some harsh cinema.
Martin is an obsessed horror fan. His particular obsession revolves around the first "Human Centipede" movie. He wishes to carry on the mad doctor's experiment in the real world. An experiment that will fully harness the power of the centipede by connecting many poor souls together to form a love train. But instead of holding hands, these people will be joined by giving each other a permanent rim job. So Martin rents a warehouse and proceeds to drag in various people in a quest to stitch them together. Everybody needs a hobby.
"Human Centipede 2" perfectly demonstrates the phrase "You get what you pay for". I paid to see a Human Centipede and I got a Human Centipede. I really can't fault the movie for delivering what it promised. But why? Why do I want to see people get their mouths sewn to someone's hole? What perverse beast lies in us that enjoys this wanton violence? Best not to think too much on this subject and just enjoy the waves of nauseating violence.
And be assured, nauseating it is. Although the true horror in "Human Centipede 2" was watching mammoth Martin trudge around in his underwear. That repulsed me more than the walking centipede of human toilets. Not much more but it was pretty scary.
The first "Human Centipede" was a pretty creepy movie that had fun with its perverse subject. "Human Centipede 2" is a punch to the gut splatter flick that cuts to the chase and gives you the gore you're looking for. So if you feel like the three-part centipede from the first movie just wasn't long enough for you, "Human Centipede 2" increases the body count to give you all of the bloody surgery and fecal splatter you could desire.

SCORE: 3 out of 4 human centipedes 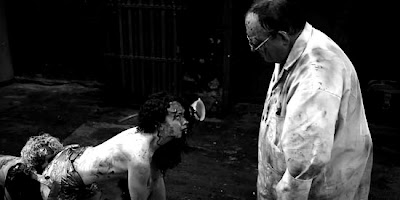 Ode to a blog

Hello again my blog. I've neglected you and I have no excuse for it. Actually I do but I won't bore you with the details. Suffice to say, there was turmoil and drama, tears and regrets. And then there was Thanksgiving. I've been off doing other things but I'm back now to show you the proper respect you deserve.
It wasn't until I noticed a little movie called "The Human Centipede 2" had come out that I realized how long I've been away from you. This was a film that deserves a response. I'm going to watch it tonight along with "A Serbian Film". A double feature to shock my dormant brain back from it's drunken stupor. Maybe end with a Julie Smith skin flick to ease over the rough edges.
Yes my blog, there will be blood tonight. And I'll tell you all about it. Until then, cheers.

SCORE: 4 out of 4 lost weekends 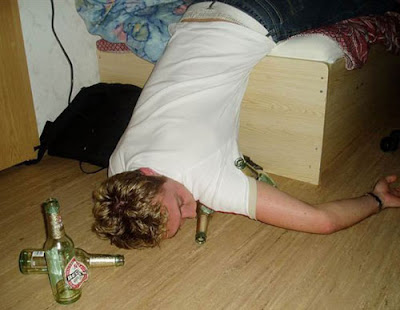