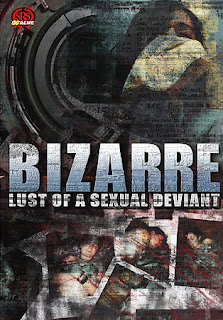 When people see some of the movies I review, a question I’m invariably asked is, “How in the world did you find out about this one?” As I’m watching “Bizarre Lust of a Sexual Deviant”, I find myself asking that same question, “How in the world did I find out about this one?” I’m not sure how it ended up in my hands but sleazy movies just somehow gravitate to me. Or do I gravitate to them? Either way, it was in my orbit so I had to watch it.

“Bizarre Lust of a Sexual Deviant” is about a man and his chloroform. A sexual deviant likes to break into women’s houses, usually while they’re showering, shove chloroform over their mouths and then molest them while they sleep. He also likes to put them in various poses and take pictures of their naked bodies. He leaves one picture behind just so the women know they’ve been violated. The city of St. Louis is gripped with fear as Chester the molester lets his chloroform fetish take over his life.

“Bizarre Lust of a Sexual Deviant” is a fetish movie. It was made for guys who get off on seeing women helpless. Most of the movie is taken up with scenes of girls being knocked out with chloroform and then having an unconscious pictorial taken of them for the freak. The movie runs about an hour so there isn’t a lot of wasted time on non-chloroform activity.

I kind of liked this flick. It’s an interesting look at a truly bizarre fetish. I consider “Bizarre Lust of a Sexual Deviant” to be a learning experience. I’ve learned that I don’t have a chloroform fetish. This is good news. But it makes you wonder who the real sexual deviant is. Is it the disturbed guy who likes to control women with his ever present chloroform? Or is it the weirdo who rents this movie hoping to watch scene after scene of passed out naked women? Both maybe?

Ahh, who am I to judge? I’ve enjoyed harsher movies than this. So if you like this kind of stuff, “Bizarre Lust of a Sexual Deviant” is worth a look.

SCORE: 2.5 out of 4 chloroform deviants 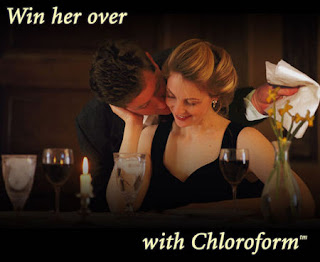