"We Summon the Darkness" trailer

Any excuse to put up pictures of Alexandra Daddario must be taken. 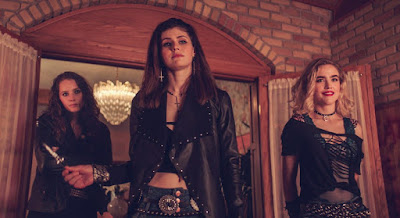 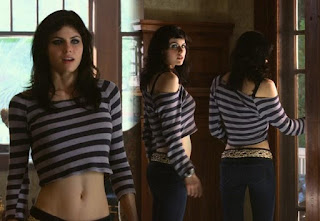 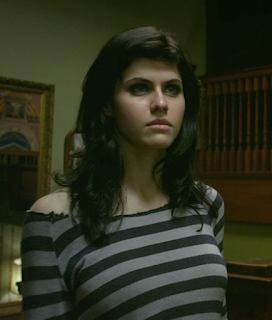 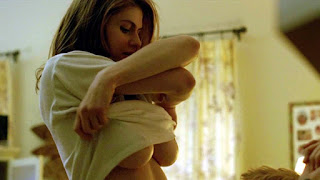 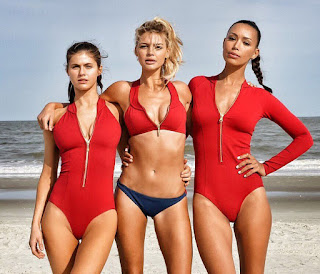 I love the TIT-le of this movie, it sounds so cool, i also like that birds tits, not quite a 17 year-old Pauline Hickey, but almost ! ! !.

You're travelling through another di-girl-sion, a di-girl-sion of time, a di-girl-sion of mind, a wondrous land where you can have your willy squashed and squeezed between the quite astonishingly perfect tits of a literally endless line of 17 year-old Pauline Hickey look-a-likes, your next stop, the signpost up ahead, you just crossed over into "THE PAULINE HICKEY TIT-FUCK ZONE".

By the way, i also watched "secrets of the strip-o-gram girls" (1985) the only film that Pauline Hickey ever appeared in, it's an appalling film and the quite astonishing Miss Hickey is indeed the ONLY reason to watch it, but I must admit seeing that amazing bird in a complete movie was quite an experience, that bird really was totally beyond belief in her unparalleled perfection.

NB: Important clarification, The dates are an approximation of when the specific mega-titted beauty in question was around 18 years-old and there-fore at the absolute pinnacle and peak of her physical attractiveness and desirability, and, by definition of course, the peak of her tit-fuckability as well ! ! !.

Dr. Gore, why haven't you posted any reviews for over a year ?.

Gene Wilder (as Willy Wonka circa 1970) said...
"We are the dreamers of dreams, and there-fore we are the lucky bastards who get to spend our entire lives tit-fucking an endless line of astounding 17 year-old Pauline Hickey look-a-likes, if you want to view paradise simply look at Pauline Hickeys tits, there is nothing i know to compare with Pauline Hickeys tits ! ! !. THAT BIRD IS THE ULTIMATE GOLDEN TICKET ! ! !.

Donald Sutherland said...
I must admit that is very funny, clever and witty. Actually a movie that me and Gene Wilder made just a few months earlier also in 1970 was "Start the Revolution Without Me" where they kept saying "Still 1789" all through the movie, if only they`d had the good common sense to set the movie 186 years later in 1985, then it would have been filled with hundreds of astoundingly unbelievable 17 year-old Pauline Hickey look-a-likes/replicas/clones and the whole movie could`ve revolved exclusively around me and Gene Wilder tit-fucking them all senseless one after the other ! ! !. That would`ve been so much more palatable than all that French revolution garbage (most of which was embarrassingly unfunny anyway).

Teddy Crescendo said...
Its mind-boggling to think that when Pauline Hickey was 22 in 1990 she was finished, the magic was already completely gone, those intervening 5 years certainly hadn`t been kind to her or done her any favours. I`ll always genuinely believe that the 17 year-old Pauline Hickey from 1985 was THE most breathtakingly incredible and perfect mega-titted lust-pot i`ve ever seen (or will ever see again!), its just such a shame that the magic only lasted for 2 or 3 years at most before it was gone, but while it did last...what an unbelievable bird Pauline Hickey was...WHAT A FUCKING ASTOUNDING BIRD ! ! !.

I saw some pictures of that other bird he girl-tioned the other day (Lisa Phillips) and although the bird was indeed a tit-fuck fantasy par-excellence circa 1988 when she was 18, the bird still wasn't on the same planet as the quite astonishing 17 year-old Pauline Hickey from 1985, Lisa was quite a respectable silver medalist though, i'd have loved to have shoved my willy up the birds bum 32 years ago (whilst simultaneously groping the birds knockers at the same time, obviously!).

Legend has it that when Ty Cobb was around 38 or 39 in 1925 he made a secret trip to Cork in Ireland and girl-aged to nab a Leprechaun in a forest near to where he was staying, but instead of taking the Leprechauns pot of gold he made a deal with the him that would allow him to travel forward in time (via the Leprechauns magic spell) by 60 years to 1985 because the Leprechaun knew the future and he told Ty all about the totally unbelievable 17 year-old Pauline Hickey who would be there waiting to be tit-fucked senseless, Ty knew that having his willy squashed and squeezed between arguably THE greatest and most incredible tits of all-time and then unloading literally half-a-pint of spunk all over them would be 1000 times better than a pot of gold!, and he was right, because when he returned to America he wore a T-shirt for the rest of his life with the words "I tit-fucked the quite astonishing 17 year-old Pauline Hickey in 1985" written on it. That T-shirt became almost as legendary as Cobb himself, and, to this very day, and almost 60 years after Cobb snuffed it, that mythical T-shirt still has pride of place on display in the Congressional Museum of Art in Washington as a tribute to every geezer in the world who's ever dreamt of having his knob squashed and squeezed between the quite astonishing 17 year-old Pauline Hickeys unbelievable tits in 1985. Ty Cobb will always be a legend because he actually did it ! ! !.

Who knew Pauline Hickey could be so intertwined with We summon the darkness? Seems like everywhere you look through space and time, there she is. In the darkness, Being summoned,