"Sexy Movie" was pretty good. It was one of the few late night flicks to actually hold my interest because of its story. That's kind of amazing. The actors were decent, the fast talking buddy was funny and the women were hot. You've got to give it up for Mary Carey. Her breasts are huge! I had to say it. The sex scenes are all pretty good. None of them really stand out but they were decent. I was pleased with "Sexy Movie". It's worth a look. 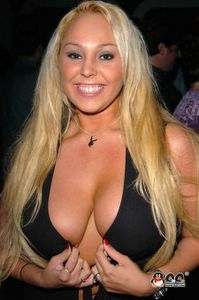 Mary Carey is foxy, isn't she? She's just done so many girl/girl shows, I got curious about if she liked guys. I guess she likes that jealous one at the same address, so, we keep seeing all those girl/girl movies on her adult resume. Bikini Airways was always my favorite. All Babe Network will give you plenty to Carey about. Mary Carey for Governor was where she was at her best "top form." https://www.imdb.com/title/tt0847501/reviews?ref_=tt_ov_rt