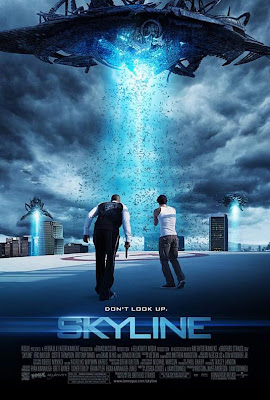 Eric Balfour ... Jarrod
Scottie Thompson ... Elaine
Brittany Daniel ... Candice
Crystal Reed ... Denise
Neil Hopkins ... Ray
David Zayas ... Oliver
Donald Faison ... Terry
A group of friends are hanging out in a nice condo in Marina Del Rey when aliens attack. Their hangover gets interrupted as blue strobe lights flash through the windows of a beautiful, two bedroom condo with central heating. The friends hunker down and try to discuss survival tactics in an architectural masterpiece that soars into the Marina Del Rey skyline. They run around the valet parking area, the spacious pool and sauna and even the rooftop helicopter pad but there is no escape amongst the vast assortment of luxury amenities.
"Skyline" is the most amazing condo porn I have ever seen. This movie makes me want to move. I'm living in a hovel compared to this alien infested building. I knew I had seen this building before but I wasn't sure where. It was the helicopter pads that reminded me of those condos on Lincoln Blvd in the Marina. Sure enough, as I went to grab some Chipotle I remembered this towering condo structure. Upon further research, I learned that the director lived at this building and shot the entire movie at his place.
"Skyline" is B-movie making at it's finest. The director just had to roll out of bed to film the alien invasion. He didn't even need to put on any pants but I hope that he did. "Skyline" never leaves this condo building as the aliens come to it. Eric Balfour and his buddies run back and forth as various brain sucking invaders crash the director's pad. Every part of this condo building is used for filming. There's an extended scene in the parking garage, a chase scene by the pool and the rooftop helicopter pad is exploited for all its worth. A one bedroom here will run you about $3K/month but with so many amenities to run to during an intergalactic invasion, it's so worth it.
But is "Skyline" any good? Sure, if you like B-movies about aliens sucking peoples brains in a luxury condo. "Skyline" was made for DVD but somehow ended up in theaters. I suspect normal moviegoers were aghast that this cheap exercise in alien Armageddon infested the theaters. As for me, I dug it. Oh sure, Eric Balfour has a face you want to slap and every character was annoying but that condo made me want to sign the lease right after the movie. It could have used a little more blood and guts to punch things up but the filmmakers needed to save some money for their rent.
"Skyline" makes it clear that the only place to be during an alien invasion is in this condo building. I want the director to know that if aliens invade L.A., I'm coming over. Don't worry, I'm a gracious guest and will bring my own pillow and some beer. I just want to experience this condo building before I die. A few laps in the pool, then a quick trip to the sauna and then the aliens can eat my brains. I'll die a happy brainless man.

SCORE: 2.5 out of 4 glorious Marina skylines 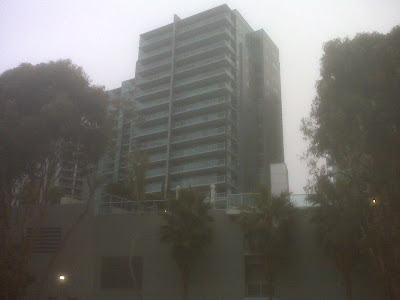 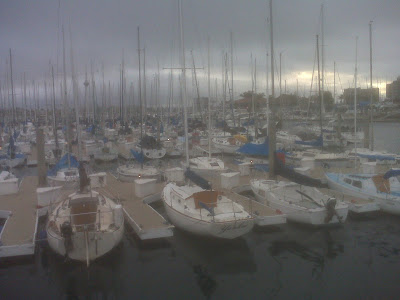 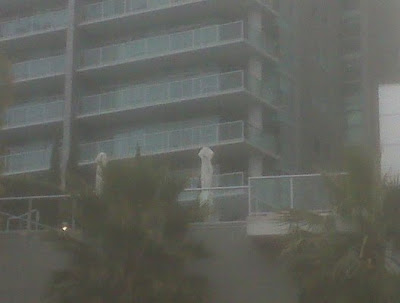 The helicopter pad. This movie has everything! 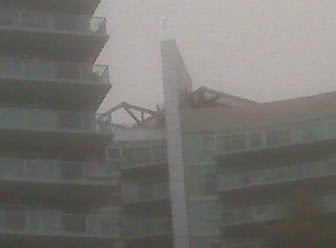 Loving your reviews Gore, though I think people were more dissapointed with Skyline because it could of been a lot better and you have to admit, the AD's looked pretty cool. By the way I'm not sure if you take requests or not but it would be pretty cool if you could review Secret Lives, its a skin flick with your beatiful and beloved Beverly Lynne. Haven't seen it yet but I'm going to tonight. Also what's your opinion on Krissy Lynn, never seen you write about her.

"Skyline" could have been better I suppose. We could have seen more shots of the lobby. Also, would have liked to have seen the pool when it was packed with the Marina starlets sunbathing before the invasion.

"Secret Lives" you say? I will look into this Beverly Lynne flick. I must confess I have never heard of Krissy Lynn so I will do a search on her. [Five minutes later] I'm back. Thanks to the internet, I have now seen Krissy in all of her glory. Looks good to me. I also see that she is in "Secret Lives" as well. Hmmmm... You're giving me an idea.

Lol, I just got through watching it and in less I missed a scene at the end there's no lesbian scenes :(

The plots pretty ridclous too but I'm sure you've sat through worse, nice talking to you Gore, I've been wanting to comment on your reviews before but I just got my google account. Sorry for sending the message twice, e-mail trouble.

I dont think i`ve ever seen Beverly Lynne or Krissy Lynn but i`m pretty certain that i desperately want to bugger both of them.

I didn’t like a ton of things about the movie, but for “B” actors, I really believed they were scared out of their minds and considering they didn’t have anything to look at that was scary that’s pretty good. I felt that scared feeling along with them and I really didn’t want any of them to die except for the blond one. I looked at all of the movies at Blockbuster and I had already seen them or didn’t want to see them. Ever since I got my free 3 month membership with my DISH Network employee account I have been struggling to find good movies. People don’t seem to be trying as hard these days.